The OSHA standards for open pits - whether you’re in a chemical plant, a wastewater treatment facility, or even an auto lube shop - are pretty clear. OSHA article 1910.22 states, “Covers and/or guardrails shall be provided to protect personnel from the hazards of open pits, tanks, vats, ditches, etc.”

But what happens when a pit isn’t covered?

Nothing, until somebody falls, gets hurt, claims are filed, and OSHA comes knocking. That’s exactly what happened to one of our customers. Let’s back up…

A municipality was doing a lot of work on buses, and using a four-foot pit to provide easier access. When a new employee, whose focus was on safety, started, he made mention that the pit should be covered as a safety precaution.

The team of old-school leaders laughed at him.

Falling in a pit was viewed as something that only occured with “idiots” or incredibly negligent employees. But to appease the ambitious new employee, the organization leaders called Hennig for a quote on a new walk-on safety pit cover.

The organization didn’t see the ROI on spending money on a safety mechanism that their “attentive” employees would easily avoid.

This is often the mistake that older shops make. The old “rub dirt in it” mentality might prove worthwhile in baseball, but safety standards exist for many very good reasons.

To appease the safety-conscious employee, the buyers at the organization looked into the pricing and logistics of buying a Hennig walk-on pit cover. Something that would easily remedy their issue of open pits, without limiting the access for workers.

The leadership decided to take a risk and pass on picking up a pit cover, in favor of other, assumed higher ROI, spends.

As you might expect, eventually this municipality shop’s luck ran out.

One day, an “attentive” employee, Bill, was busy staying on top of his emails when he suddenly needed to head out to the shop. Continuing email management from his cell phone, because he wants to be an efficient employee, Bill is balancing between navigating the shop and replying to an accounting question - and he suddenly finds himself at the bottom of a pit.

Bill wasn’t badly hurt… a couple knocks and bumps (that he promptly rubbed dirt into), but the only victim was his cell phone.

But, this became a wake-up-call for the organization, and they quickly called Hennig back to renew the old quote.

Now, the municipality is the happy owner of a walk-on pit cover in their lube shop, their employees are safe, and they are in compliance with OSHA 1910.22. 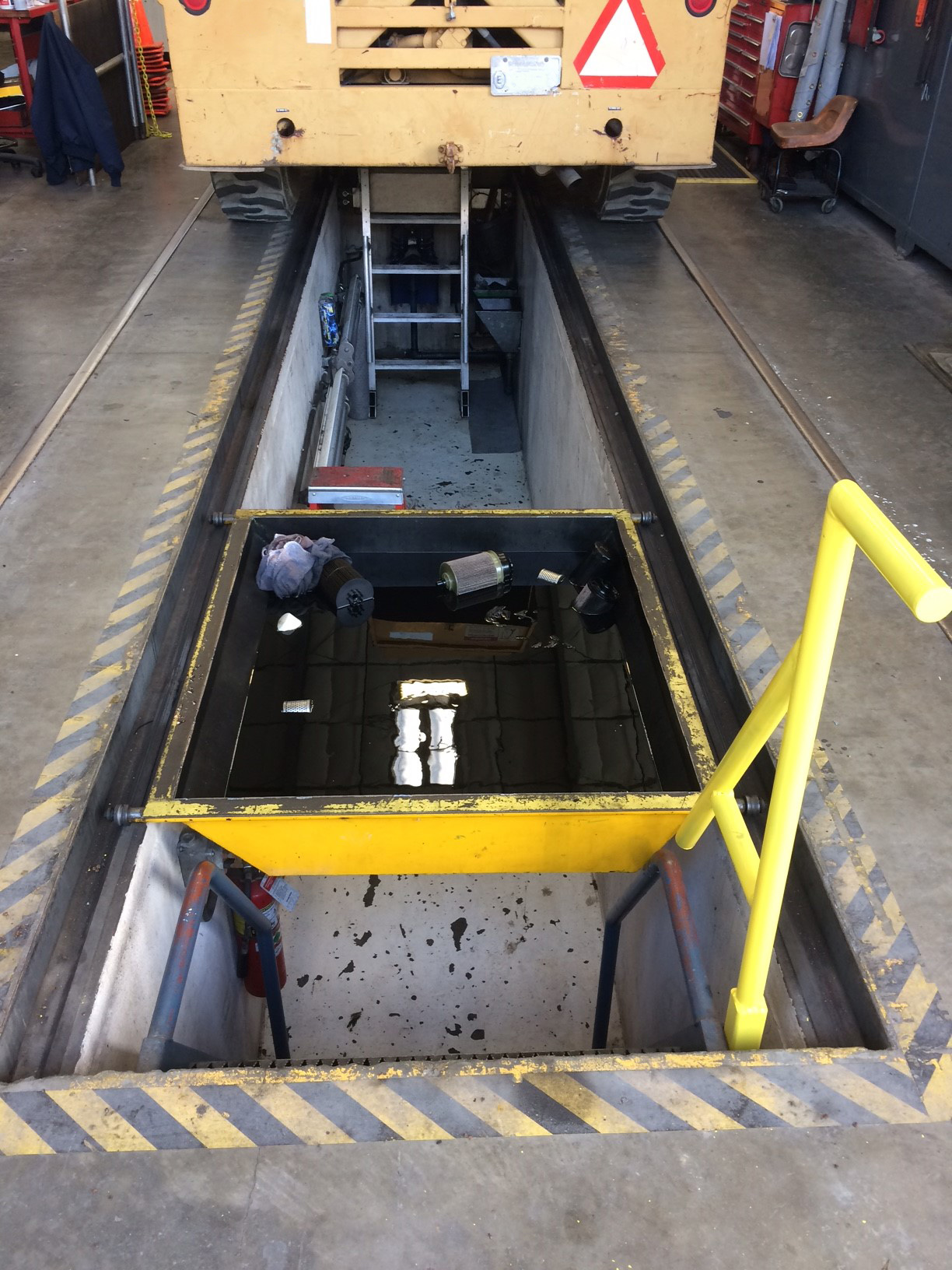 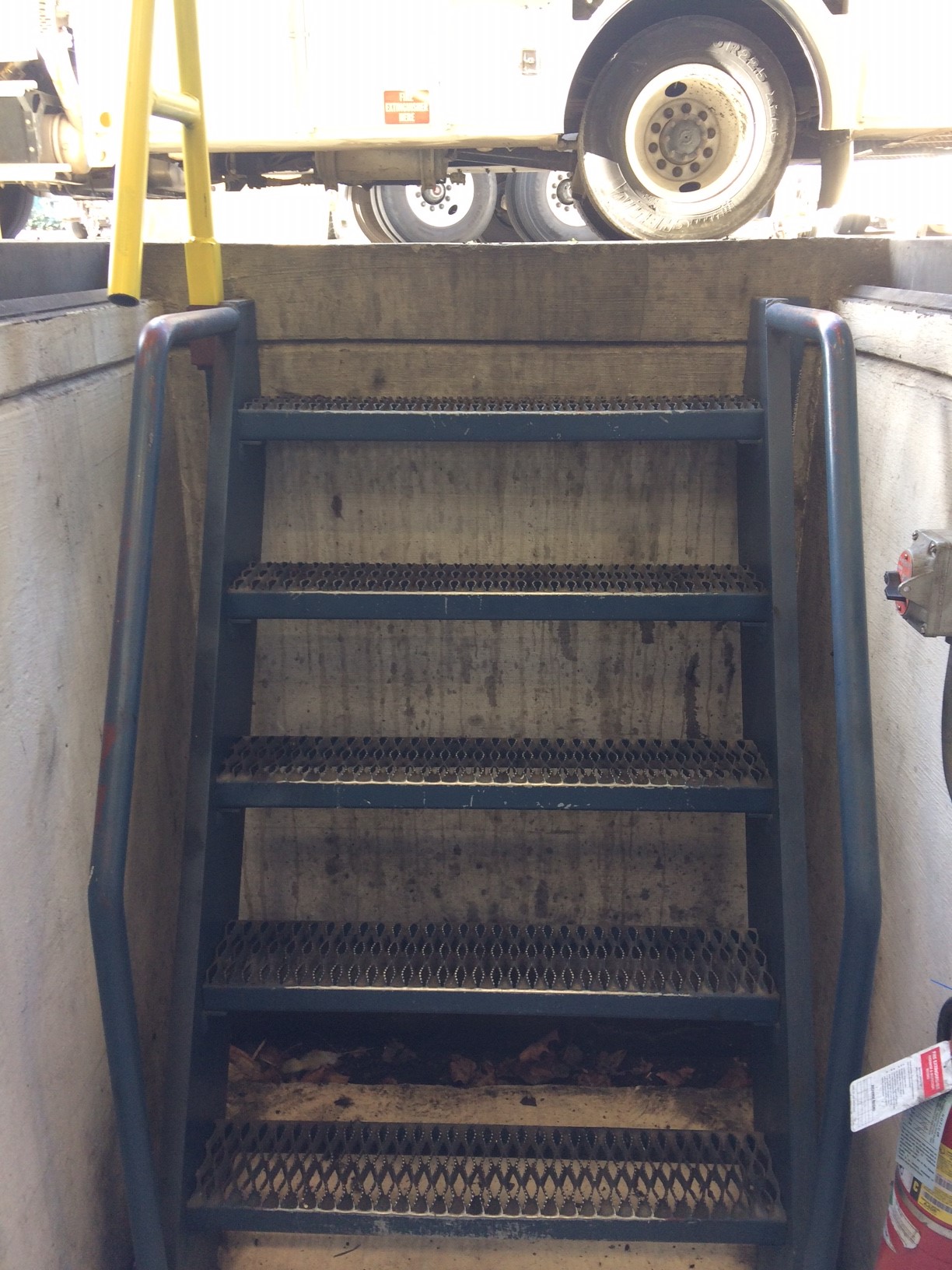